Finally got my hands on a copy of the article from August 2005 where Brett impersonated Tom Waterhouse at a prominent Armidale horse trainers funeral.

He signed the guest book twice – once as Thomas Waterhouse and once as Brett Joseph.

The incident meant he was kicked out of the University of New England, which he only got into in the first place by using fake references.

Funny thing is that he was already known for impersonating leading racing industry figures. That was 12 years ago – and he is still trying to be he great pretender.

Not so great since I came along and put his face everyone and exposed him for what he really is! 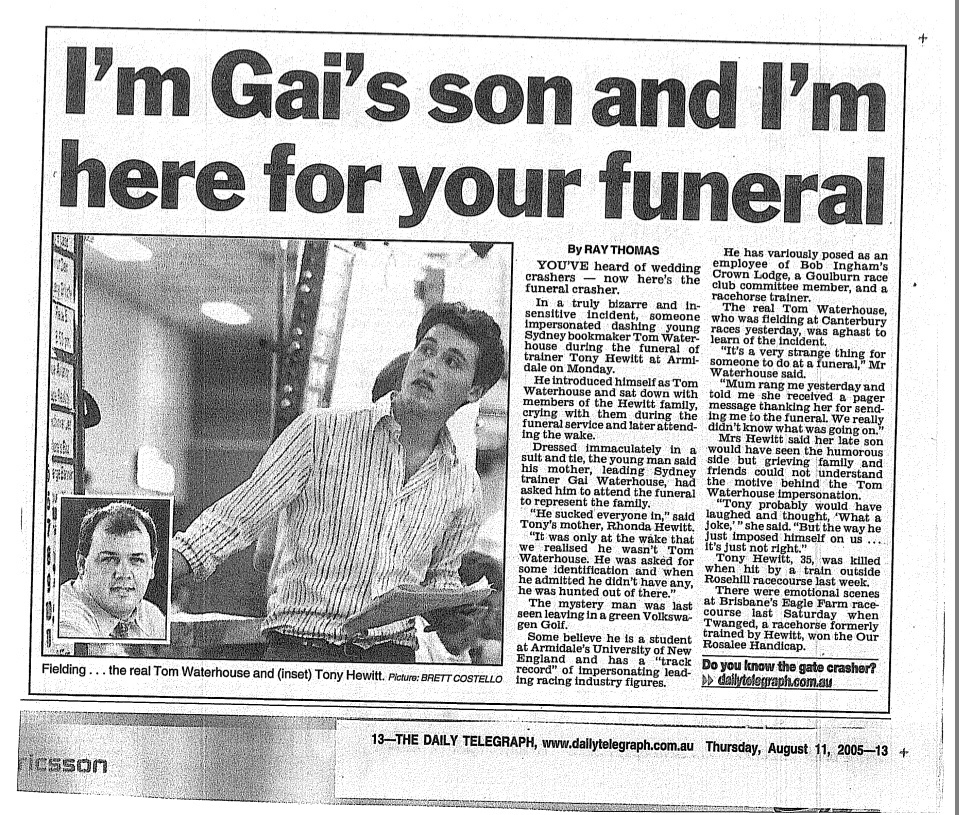 HELP ME TO STOP BRETT JOSEPH

Help me to spread the word, Australia wide, about Brett Joseph - a conman, cheat, liar, thief and convicted fraudster who has been destroying lives across Australia for 10+ years! My goal is to be this scumbag's last victim!
Loading Comments...
Comment
×
<span>%d</span> bloggers like this: